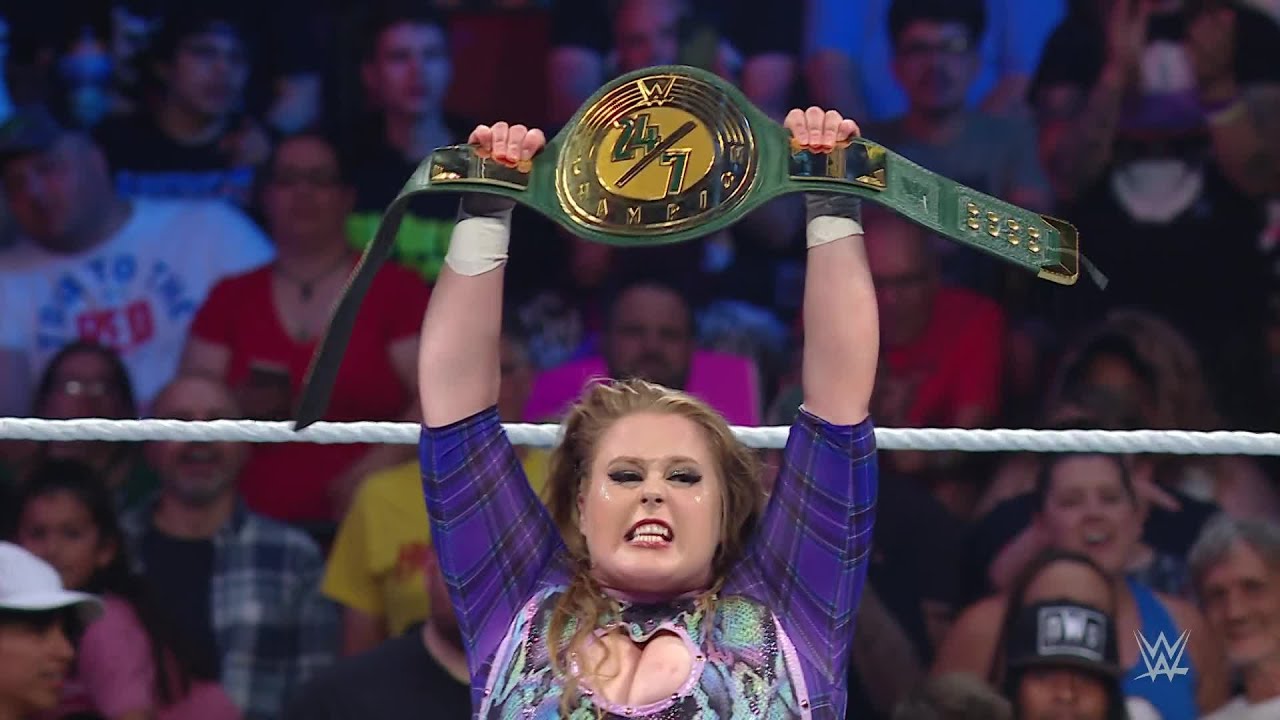 The 24/7 Championship was highlighted on this week’s WWE Main Event.

It was already previously reported that Doudrop won her first championship in WWE when she pinned Dana Brooke to win the belt. However, this would be the first of many title changes during the segment. Three other women would get involved in the melee.

After Doudrop won the championship, her tag team partner Nikki A.S.H. would start the celebration only to try to capitalize on a victory for herself. She was unsuccessful as Doudrop backed her into the ropes saying “how dare you.” Tamina came from behind and took out Doudrop at the knee and went forward with an attack on Nikki.

After Tamina hit a superkick on Doudrop, Akira Tozawa tripped her up and pinned Doudrop to become the 24/7 Champion. The title would continue to move on as R-Truth won it next. Reggie entered the fight but couldn’t pick up a title change.

A crossbody by Nikki took out the whole field except for R-Truth who was already down after the attack from Reggie. Nikki pins Truth to become a two-time champ. Finally, after a celebration by Nikki in the ring, Dana Brooke re-entered the fray and scored a pin following a neck breaker.

Dana Brooke becomes a six-time 24/7 Champion to end the segment. Brooke has approached 200-days as champion over her six reigns.

Below is the interaction between Doudrop & Nikki following the segment.

Check back in with Diva Dirt for more news and results from the women of the Raw brand.