Another 200,000 people likely to get full student debt relief 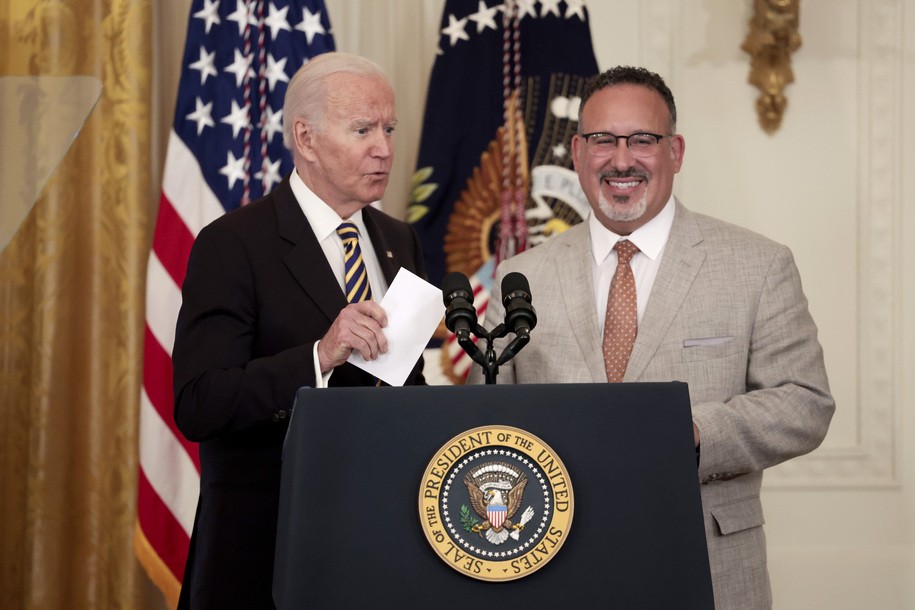 The lawsuit was brought by Harvard Law School’s Project on Predatory Student Lending. Eileen Connor, director of the project, said the proposed settlement “will deliver answers and certainty to borrowers who have fought long and hard for a fair resolution of their borrower defense claims after being cheated by their schools and ignored or even rejected by their government.”

“It will not only help secure billions of dollars in debt cancellation for defrauded students, but charts a borrower defense process that is fair, just, and efficient for future borrowers,” she added in a statement.

In addition to the 200,000 people who will get full debt relief, another 68,000 will be guaranteed (relatively) prompt individual attention from the Education Department, which will decide on their claims in as few as six or as many as 30 months.

This proposed settlement, which affects former students at 50 mostly for-profit colleges and universities, follows the Biden administration’s decision to forgive $5.8 billion in debt for students defrauded by Corinthian Colleges, a for-profit chain that went bankrupt in 2015. The Biden administration has also revamped the Public Service Loan Forgiveness program, introduced fixes to income-driven repayment, and extended relief to people with disabilities. But President Joe Biden continues to dither about whether to do universal loan forgiveness, and if so, how much to forgive, with reports saying he will forgive $10,000 per student with income caps. That would wipe out student debt for about one in three borrowers, but a much smaller percentage of those who owe more than they originally borrowed 12 years after starting college—a group that is disproportionately Black.

The Biden administration’s moves on student debt have been life-changing for those they’ve affected. But tens of millions of people’s lives remain shaped by their student debt, which limits their choices and in many cases grows rather than shrinks as they pay month after month. That is the essential problem Biden needs to address. So far, he’s falling short.

Biden looks poised to forgive $10,000 in debt per borrower with limitations