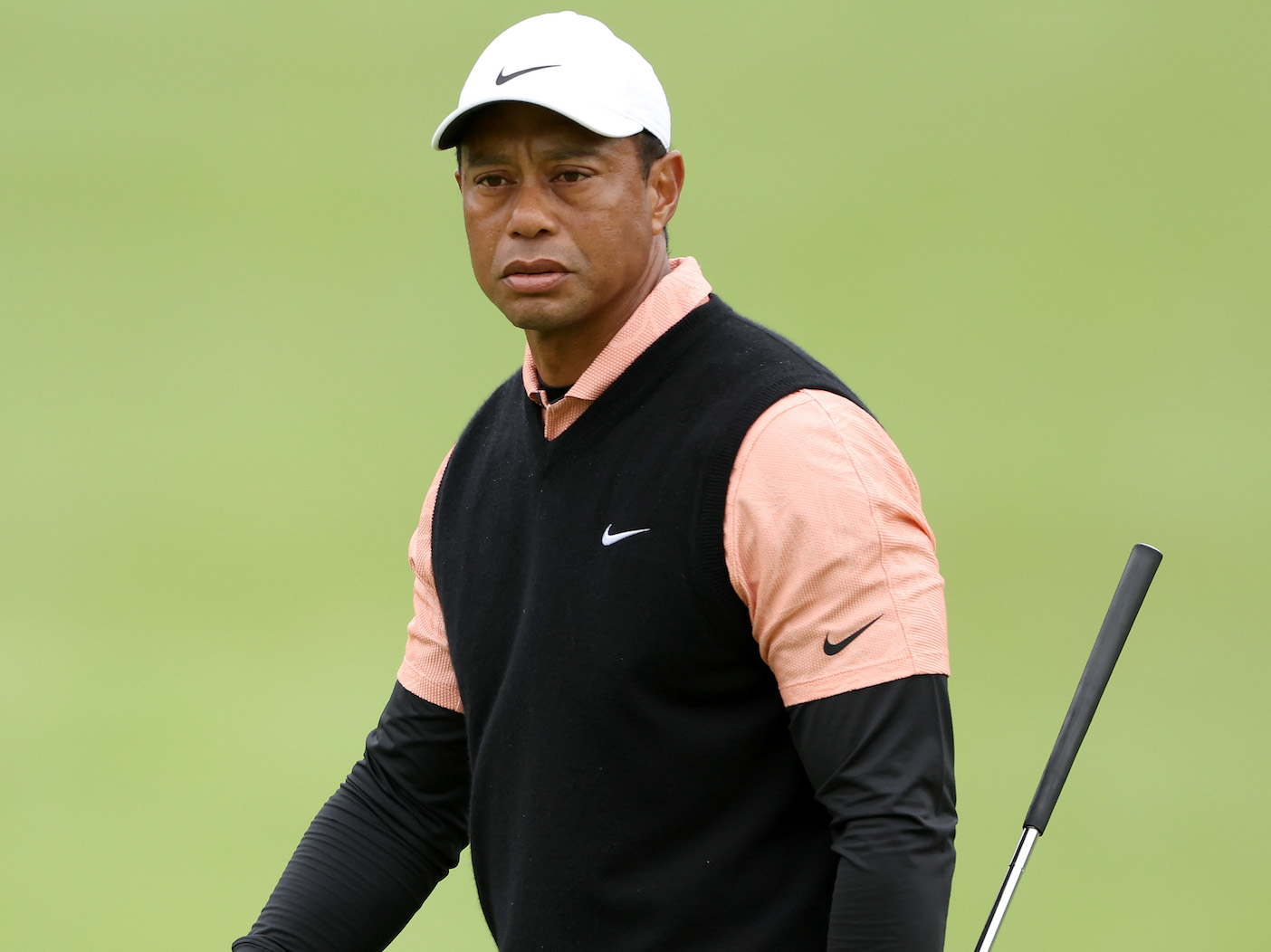 Have Tiger Woods‘ dreams of a golf comeback been dashed? One tabloid claims the athlete’s recent car crash has left him unable to compete in the game that made him famous. Here’s what we know.

‘Game Over’ For Tiger Woods?

This week’s edition of the National Enquirer reports Tiger Woods is privately telling his inner circle that his career is over. The pro-golfer sustained serious injury in his February 2021 car accident, and sources say he still hasn’t been able to fully recover. “He’s in constant agony,” an insider confesses. “He doesn’t think he can bear to walk a golf course anymore. Tiger is in pain and suffering a crisis of confidence. He just doesn’t want to go out there and embarrass himself again.”

George Clooney and Julia Roberts back together

R. Kelly Has Been Placed On Suicide Watch Following His 30 Year Sentence

RELATED: Jason Momoa Fans Worried For His Health After He Posts From Hospital

The outlet is of course referring to Woods’ recent performance in the PGA Championship—he withdrew after tying for last place in the third round. The magazine consults a physician who hasn’t treated Woods for their expert opinion on the athlete’s recovery. “It is incredibly unlikely he can come back to top-level golf competition,” the doctor notes. “The accident left him with fractures of both bones in his lower leg, forcing a rod to be inserted. His damaged joints will likely never heal.”

Tiger Woods ‘Calling It A Career’?

This hurtful report is absolutely false. Tiger Woods may not be playing at the level that he used to, but he’s far from throwing in the towel. In his announcement about sitting out the U.S. Open, he said that he still plans to play in the Open Championship at St. Andrews in Ireland just next month.

Either the magazine didn’t even come across this bit of information in its haphazard research efforts, or, even worse, it decided to completely omit it in order to mislead its readers.

But it’s worth noting just how severe Woods’ injury really was. Woods’ injured right leg was reportedly a candidate for amputation after the accident. Sports analysts are saying that it’s a miracle he’s able to walk, let alone compete professionally.

Fans were especially amazed after a photo of Woods without his leg sleeve made the rounds. As the photo shows, the injury and subsequent operations have permanently altered the shape of his right leg.

So, we’re especially convinced that this tabloid’s “insider” wasn’t close to Woods at all. True friends would be celebrating Woods’ perseverance, not questioning the future of his career.

The Tabloid On Tiger Woods

The National Enquirer‘s past reporting on Woods is absolutely reprehensible. Shortly after his near-fatal car accident, the magazine reported that Woods had brain damage and was in danger of losing his fortune. Then the magazine claimed Woods was miserable and likely would never golf again. And most shockingly, the publication alleged Woods was on a “slippery slope” to relapsing after his injury. We know better than to trust anything the Enquirer says about the pro golfer.

WoW Classic Wrath of the Lich King will include “some changes”

AEW Double or Nothing Results

Extreme Heat Is a Disease for Cities. Treat It That Way