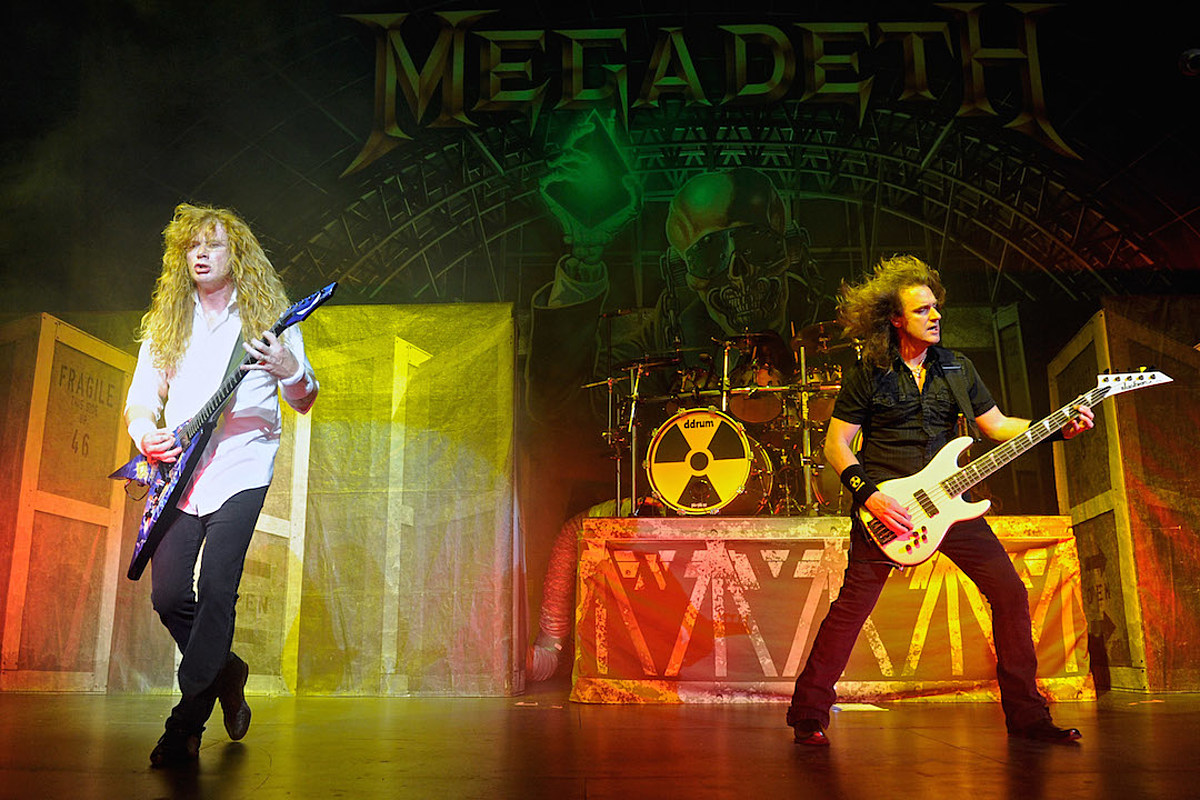 Megadeth’s Dave Mustaine has newly spoken out about his relationship with the metal band’s former bass player, David Ellefson, in light of the Megadeth’s new single, “We’ll Be Back.” The song arrived Thursday (June 23); their 16th album comes out in September.

“With everything that had taken place over the past 10, 20 years with my relationship with our past bass player,” Mustaine tells Rolling Stone this week, “it just became time to… it’s so uncomfortable for me to talk about.”

He continues, however, “It was hard on me letting him go. And I’m happier now than I’ve ever been.”

Indeed, Mustaine calls Di Giorgio “one of those just really amazingly talented players” and adds of Megadeth overall, “It’s a different camp now, and I’m really happy. I feel totally invigorated. I feel like I’ve hit my stride, like my best years are ahead of me right now.”

Last year, on first learning of the controversy, Megadeth said they were “watching developments closely. As it relates to creativity and business, we are all familiar with one another. However, there are clearly aspects of David’s private life that he has kept to himself.”

Ultimately, however, the band’s decision about the bassist’s tenure in Megadeth was clear. It’s not the first time the two parties have separated. Though he’s a Megadeth co-founder, Ellefson missed the first six years of the act’s post-2004 comeback. Later in 2021, Ellefson returned in The Lucid, a group featuring Sponge singer Vinnie Dombroski, guitarist Drew Fortier and Fear Factory drummer Mike Heller. The Lucid released the singles “Maggot Wind” and “Damned.”

Meanwhile, Megadeth’s “We’ll Be Back” marks the Mustaine-led band’s studio debut of drummer Dirk Verbeuren, who joined in 2016 but had yet to contribute to an LP. The resultant album, The Sick, the Dying… and the Dead! arrives Sept. 2. Pre-order it here.

This summer, Megadeth head out on tour with Five Finger Death Punch for a slew of shows across North American. Go here to purchase tickets.

The 10 Biggest Rock + Metal Bands With the Most Lineup Changes

But they’ve all made it work.

The best bitcoin casinos for money

The best bitcoin casinos for money

Succession s3 Soundtrack is Officially OUT!