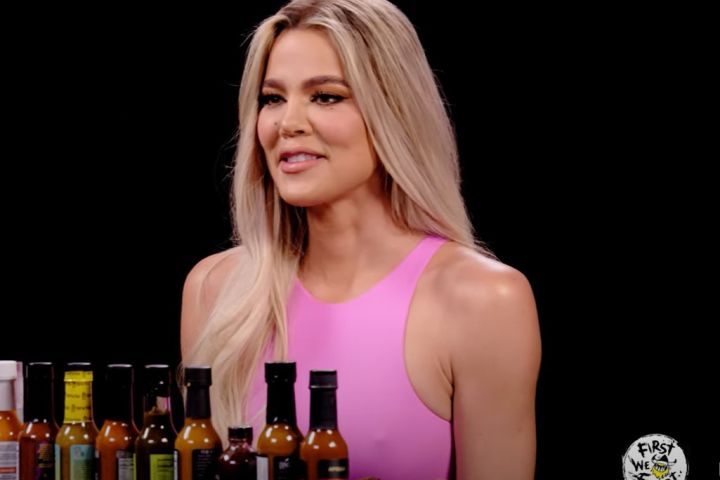 Khloé Kardashian is the latest celeb to take on the “Hot Ones” Wings Of Death challenge.

The reality TV star is asked about editing fails, avoiding the paparazzi, and more during the chat, saying she can now spot whether something onscreen is fake: “I can tell when some audio has been put in if they need to reshoot audio… like if a phone call is faked.

“Not that those things didn’t happen but sometimes they didn’t catch the audio, sometimes the mics go out…. So I understand that a lot of it might be really how it was but they might have to redo some things, or transition to things. I even know that some pages, fan accounts, will find… if they see an editing issue or something like that. So it could be super minor but I’m really aware of those things.”

Kardashian’s comments come after fans called out “The Kardashians” for seemingly faking certain scenes in season 1. They picked up on the fact that the Astroworld tragedy in November, in which eight people died in a crowd crush as Travis Scott performed, was missing from the entirety of the season. Two more people died in the days after the festival.

Fans also picked up on other things that didn’t add up amid the Kardashians’ timelines.

#TheKardashians really gonna make tristan thompson (rightfully so) the villain but not even mention Astroworld at all?? unless season 1 hadn’t been filmed before the festival?

Elsewhere in the “Hot Ones” chat, Kardashian spoke about her go-to paparazzi evasion tactics: “My sisters and I did wear prosthetics [one time]. We had a childhood without cameras and [my little sisters] didn’t necessarily, so sometimes they always wonder ‘what if’… So we went on like a TMZ-type tour bus and no one knew who we were at first and they started to figure it out. Because we spoke in accents and they weren’t solid.

“We blew our own cover. That stuff is fun but it’s a lot of work. I just try to avoid seeing them as much as I can.”

The Good American founder added, when asked how celebrities are handled in the media and what’s changed the most in the past 15 years: “I used to really enjoy doing interviews and I would think it’s fun. Someone might ask me questions you’re never asked before and that’s exciting…. It is the aftermath of what’s gonna come.

“Who’s gonna chop this up and make it into something that it wasn’t supposed to be? And I think it just takes the fun out. It takes the freedom of talking so conversationally and innocently and it makes it so thought out and premeditated. I don’t like to overthink things. I just want to have a natural flow and enjoy the conversation.”

See how Kardashian handles the heat in the clip above.

World’s cartoonists on this week’s events

Fashion Ideas that can make you Look Classy at Every Event