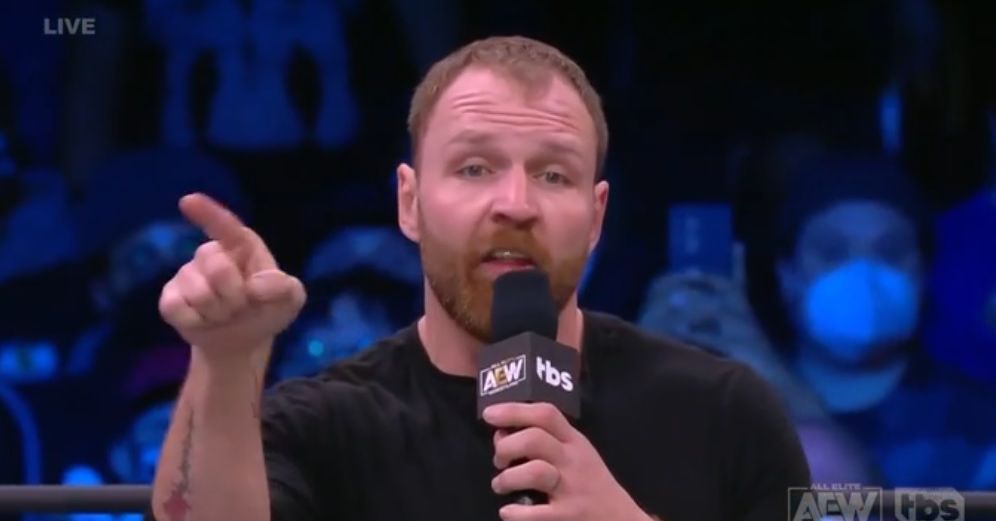 Sasha Banks Referenced At WWE Money In The Bank 2022

Jon Moxley opened up about his battle with alcohol addiction on the latest episode of The Sessions with Renee Paquette. He also spoke with ESPN about the topic.

Mox said a big weight was lifted off his shoulders last November when it was publicly revealed that he entered an inpatient alcohol treatment program. That’s because, “it’s this thing that I’ve been hiding, trying to hide from people for so long.”

Prior to going to rehab, it’s like he was in a living hell; the walls were closing in, and it wasn’t going to end well.

Jon had been “fucked up” for about 18 years and didn’t understand how much of a problem it was until he tried to quit and couldn’t do it. It became front of mind in late 2020 when he learned he was going to become a father. That’s when he needed to make a serious push towards not drinking anymore.

Moxley tried quitting cold turkey but very quickly had a horrible experience dealing with the physical effects of withdrawal. He tried other approaches to quit drinking, but nothing worked, and the problem only became worse.

Later in 2021, his wife was alarmed about the deteriorating effects his drinking was having on their life and she contacted AEW about it. Outside of Eddie Kingston and a few close friends, not many people there realized how bad the problem had become.

Halloween night in 2021 is when Mox finally made the call for help. He was on the phone with the treatment center while giving out candy to trick-or-treaters. Just a short while later he was in a car on his way to inpatient rehab. Three months later, Moxley was out of rehab and back in the ring.

Jon was previously accustomed to waking up with a hangover in the morning and feeling awful. Here is how he describes what it’s like to wake up each morning now that he is sober:

“I feel like I’m cheating. The novelty hasn’t fully worn off. Just, like, waking up and being like, ‘okay, I don’t have to worry about being massively dehydrated or feeling like crap or whatever.’ For me, it’s almost like I got a cheat code or something…”

He also tried to describe the physical effects of not drinking:

“Night sweats, crazy night sweats, crazy nightmares, my chemicals are all unbalanced, wacky mood swings. When I say it hasn’t been easy, the not drinking part is easy. It’s not like I have some desire to drink, I have no desire to drink. I can’t even imagine drinking right now. The not drinking is easy, just stop drinking. I wanted to stop drinking for a long time, I was trying to quit drinking for a long time. Just dealing with all the after effects of what happens to you physically when your body goes through this crazy metamorphosis, trying to re-calibrate itself has not been easy.”

While discussing how AEW handled his decision to enter inpatient rehab, Mox made it clear that they never tried to pressure him to return to the ring:

“AEW and Tony [Khan] were totally cool. He said if you never came back that would have been cool. They didn’t bug me to come back. When I came back, I just went like ‘well, I guess I should probably come back now.’”

Summer Games Done Quick 2022 to kick off this weekend

Summer Games Done Quick 2022 to kick off this weekend

Pride, Panache, and Paradox in Cyrano – Christ and Pop Culture