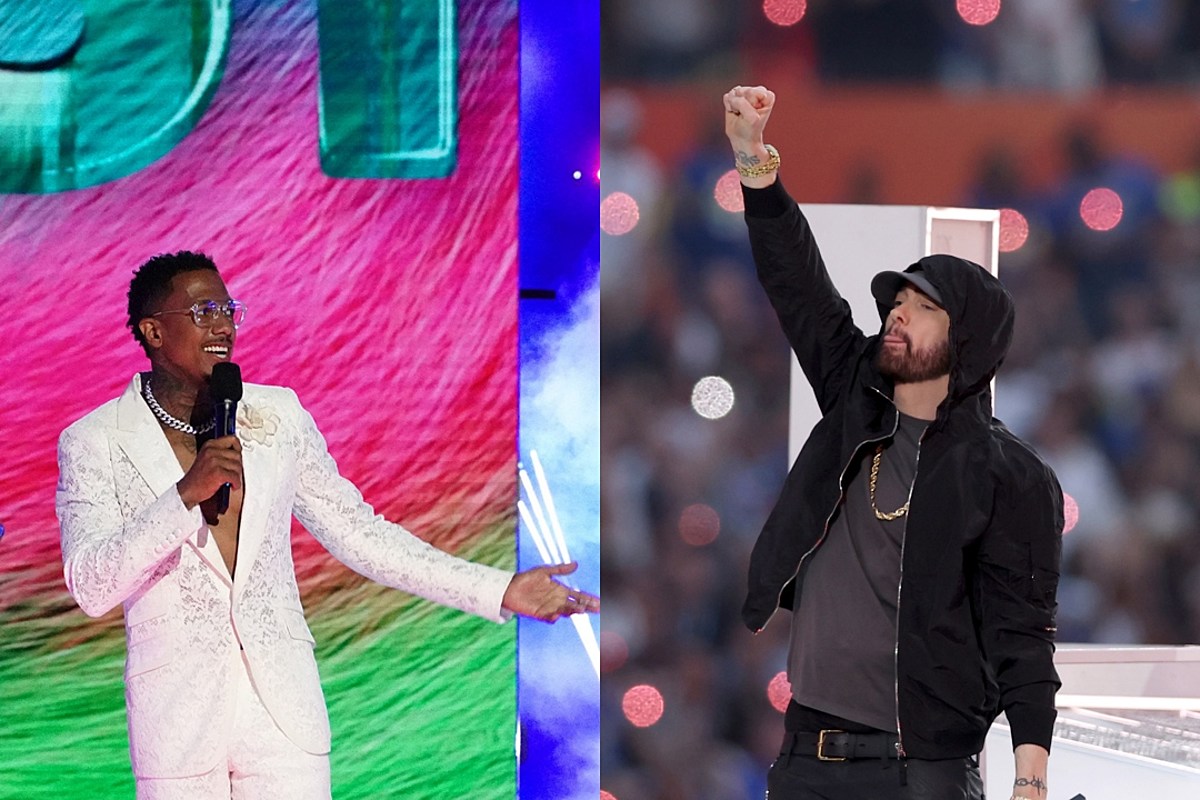 Nick Cannon is including Eminem in his lists of top five favorite rappers despite their infamous beef.

Nick Cannon recently chopped it up with XXL, for an interview that was published on Thursday (June 23). During the chat, the multi-hyphenate entertainer touched on his favorite rappers of all time and had an interesting inclusion.

“I know the one that always shocks everybody, No. 5, Marshall Mathers, Eminem,” Nick confessed. “I gotta give props and respect and credit. The man is a beast. Because the criteria of top five for me is obviously numbers, obviously skill, flow, storytelling ability or message. And I’d even have to say lyricism based off of bars, how you put it all together. And that dude checks all those boxes. So, I definitely give him No. 5.”

Nick including Eminem on his list may seem surprising to some people, considering the two were engaged in a lengthy beef at one point. Their issues date back to 2009, when Nick was still married to singer Mariah Carey. Shady dissed the couple on his song “Bagpipes From Bagdad.” This resulted in Em and Nick sending shots back and forth and even included a proposed boxing match.

Eminem rehashed the beef in 2019, when he dissed Nick Cannon on the Fat Joe track “Lord Above.” This led to a series of diss songs released by Nick Cannon and several interviews where he called out the Detroit rapper. Nick eventually put the beef aside and even said he would like to talk to Eminem about squashing their issues in 2020.

Tim Riggins Has Returned To Us – Go Fug Yourself

The Strife of Bryan – Boxing News

Press Coverage on the Assassination Attempt of Justice Kavanaugh

BAYC, whose average sales price dropped 29% over the past week, and other bluechip NFT collections, have been hit harder than bitcoin amid the crypto rout (Olga Kharif/Bloomberg)