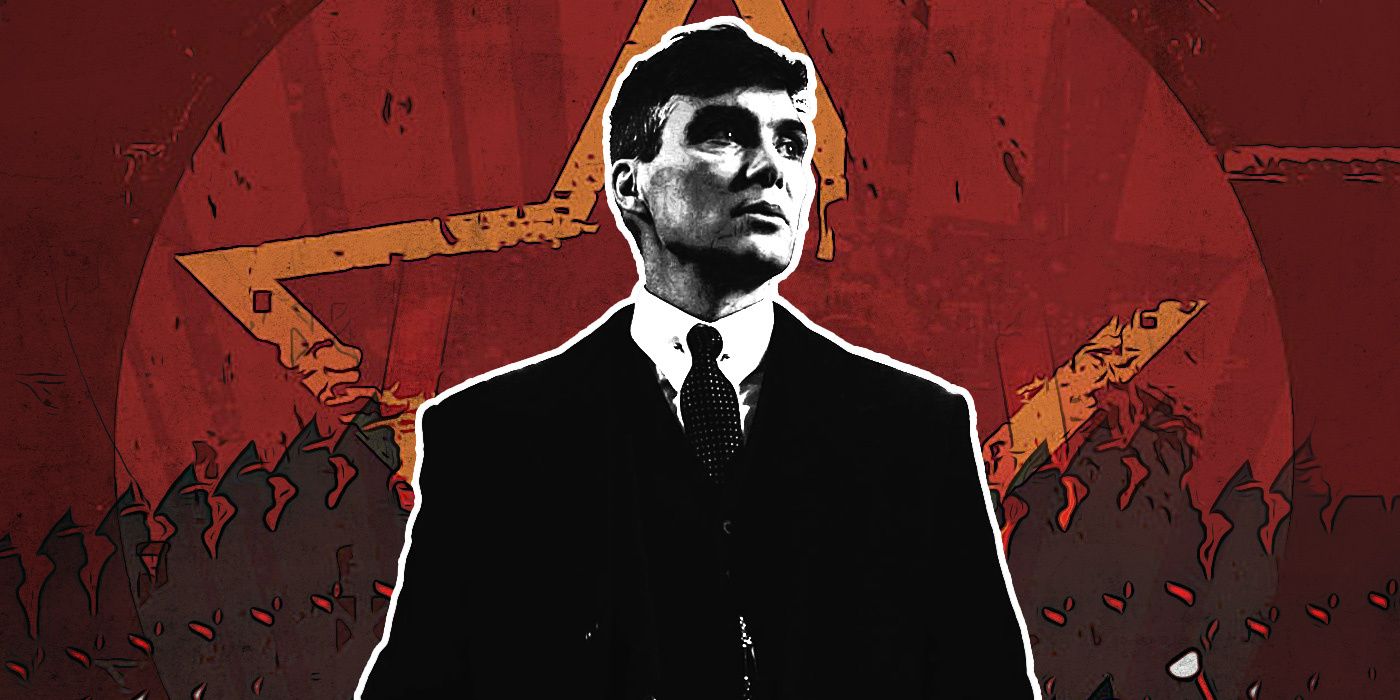 Season 5 of Peaky Blinders saw Birmingham crime boss and Peaky Blinders leader Tommy Shelby (Cilian Murphy) trying –– and failing –– to outmaneuver his would-be parliamentary rival, notorious British fascist Oswald Mosley (a bone-chilling Sam Claflin). Tommy hoped to undermine Mosley and his associates by pledging his political loyalty to them while secretly keeping the British government informed of Black Shirt (British Fascist) activities. However, after the Peaky Blinders’ failed assassination attempt on Mosley and the killing of matriarch Polly Gray (Helen McRory) in the Season 5 finale by Fascist-aligned IRA members, Tommy is strong-armed into embracing Mosley’s politics to save his own hide.

COLLIDER VIDEO OF THE DAY

And though his sister Ada (Sophie Rundle) has warned him about the dangers of Fascism, by Season 6, Tommy is tolerating Mosley both for political expediency’s sake and on behalf of his growing business with Boston bootlegger and Fascist sympathizer Jack Nelson (James Frecheville). Accompanying Tommy’s descent into the seedy underbelly of right-wing politics is the total collapse of his personal life. Though he’s often alluded to being “cursed,” it’s his association with Mosley that proves to be the most poisonous. Their connection threatens Tommy’s political career (World War II is already on the horizon), alienates his family members, and, most importantly, destroys his already fractured marriage to Lizzie (Natasha O’Keeffe).

RELATED: ‘Peaky Blinders’: What Happens to Tommy Shelby in Season 6?

Tommy’s role as a Labour MP technically gives him the opportunity to create long-awaited change in his impoverished Birmingham community. But his growing interest in politics also hinges on the accrual of power and security for his criminal family, making his shaky alliance with Mosley a telling indicator of his fundamentally self-serving nature. Though his involvement in Mosley’s right-wing extremism lacks conviction, he’s nonetheless willing to ignore the implications of his own “underdog” background –– as a working-class, Catholic-raised gypsy who arouses Mosley’s deepest contempt –– if it means he can still rule the streets of Birmingham. His link to one of Britain’s most infamous demagogues also means that he can keep his scheming cousin Michael (Finn Cole), nephew-in-law to American Fascist Jack Nelson, at bay, and ensure the survival of the far-reaching family business. The prospect of financial gain, it seems, is too much to pass up. With cash flow the only sure thing in Tommy’s shattered life following the death of his aunt Polly, he embarks on a series of labyrinthine business maneuvers with the worst men in politics. But with World War II approaching and Fascism soon to decline in popularity, Tommy risks alienating both his constituency and his family if he continues to endorse Mosley’s nastiness.

In the end, Tommy’s association with Fascism also undoes his relationship with his wife, Lizzie, one of the few voices of reason in his orbit. Lizzie’s background as a former prostitute immediately makes her suspect to the upper-crust Mosley (a former client), and his wife, Diana Mitford (brilliantly played by Amber Anderson). Sensing her contempt for their bigoted politics and her deep unease around Diana, the couple ultimately resolves to split up Tommy and Lizzie on behalf of “the cause.” Lizzie, already grief-stricken due to the loss of her and Tommy’s young daughter, considers Tommy’s fling with Diana a final and insurmountable betrayal –– worse even than his emotional distance, obsession with work, and erratic behavior.

Though Tommy is too engrossed in the family business to be devastated by her departure, Lizzie’s absence renders him all the more isolated –– just as Mosley and Diana, increasingly certain of their future political dominance, have hoped. Mosley’s final plan to undo Tommy’s power is of an equally personal variety. Though Tommy intuits his colleague’s lengthy deception, Season 6 viewers are left wondering whether maybe it’s too late. Has the anti-hero of Peaky Blinders finally gone on the path of no return with his political alliances? What will he do when World War II approaches and the British public remembers his connection to a friend and ally of Hitler’s? Most importantly, what will Tommy do now with so few people on his side?

Lio Rush reacts to AJ Francis wanting to do a group with him and Swerve Strickland in WWE: “It would have been cool to be a part of that”