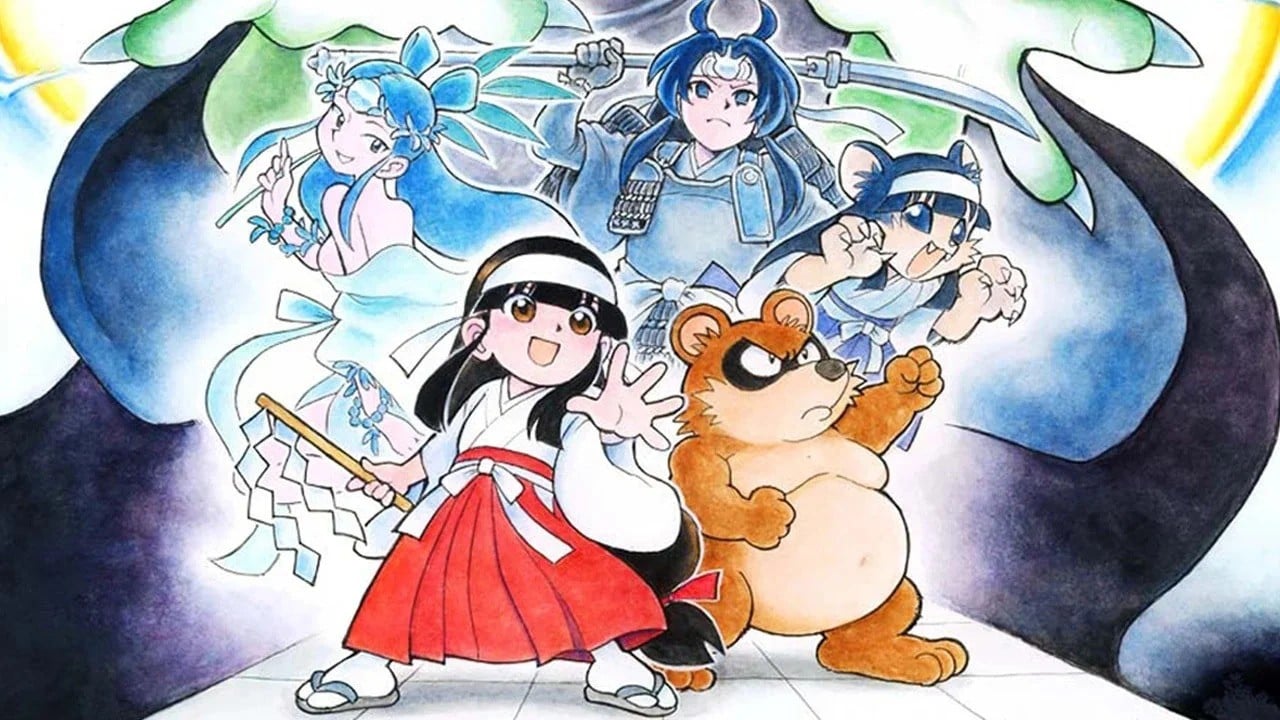 What if 1992’s cult Super Nintendo shooter Pocky & Rocky had been re-released for Sony’s more powerful PS1 console? That’s a little how Pocky & Rocky Reshrined feels at first blush: cute, colourful, and unmistakably retro, yes – but tapping new, previously unavailable power reserves to add Metal Slug-esque chunkiness to its overactive sprites. Despite first appearances, those opening moments – familiar stone steps and Shinto shrines – make way to what is effectively a reimagining of its 30-year-old forebear; an entirely new game, which just happens to start the same.

It’s a brave move to steer such a beloved classic in a largely new direction, but it ultimately keeps you on the edge of your toes. Familiar areas return, like the infamous airship stage, but they’re remixed and restructured; other sections are all-new. The faithful gameplay loop remains largely unchanged, however – perhaps a trifle slower, but you’ll still find yourself scattering leaves and fireballs, meandering in and out of a cacophony of chaos, simply trying to keep your rapidly depleting hearts from reaching zero. This game, like the original, is hard, and while checkpointing is generous, expect to meet your maker with regularity.

A lot of this difficulty rests with the control scheme, which is still stuck in the early 90s. Purists will surely appreciate this nod to ye olde days, but with a second analogue stick sitting unused on the DualShock 4, it’s hard not to feel restricted by both your aim and movement being tethered to the trusty d-pad. The game is deliberately paced, and purposefully designed in this way, of course – there are various roadblocks you’ll encounter like snaking fires and zig-zagging ghosts which are included precisely to slow you down – but when you eat dirt for the umpteenth time, you’ll curse some of developer Tengo Project’s decisions here.

Of course, that’s not to say everything is rooted in the original, and new playable characters add entirely unique gameplay wrinkles – like the ability to summon reflective orbs that auto-target foes and trigger a temporary shield. For fleeting moments you’ll feel like you’re on top of the world, only for the title to introduce entirely new threats designed to keep you in your place. This ebb-and-flow is part of the release’s distinctly retro appeal, though, and the aforementioned checkpoints mean most will be able to see the campaign through to its conclusion this time – at least eventually. If all else fails, an unlockable Very Easy mode with infinite lives will dry your eyes.

Of course, even with this inclusion, the longevity comes from mastering the scenes and trying to conquer them untouched. There are online leaderboards for you to pit yourself against the rest of the world, and a separate Free Mode which allows you to master all of the characters – and enjoy local multiplayer. There are Trophies available for beating the campaign with all of the characters without burning a continue, so this isn’t one of those “easy” Platinums that have been multiplying on the PS Store of late – not that there’s even a Platinum to reward your substantial efforts anyway.

Pocky & Rocky Reshrined’s ability to seamlessly segue from what seems like a simple remaster into a full-blown reimagining is brave – and it does it beautifully, too. This looks and sounds like you remember the Super Nintendo release, but is bursting with vibrant flourishes that elevate it beyond mere nostalgia. For purists, it’ll no doubt be perfect – but newcomers may scoff at the archaic control scheme, which purposefully limits your capabilities and leads to significant pain.

Can My ISP See If I’m Using a VPN, and Do They Care?

Your Samsung Smart TV just got smarter – about cloud gaming