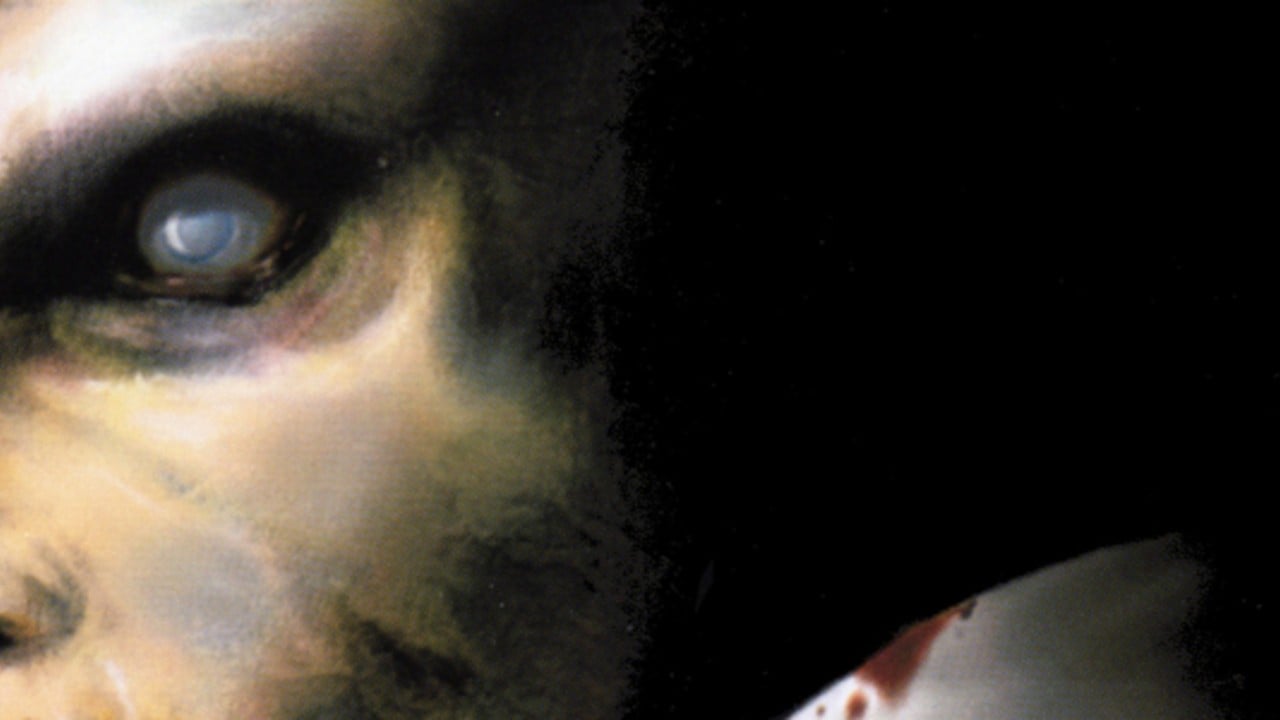 Republished on Thursday, 23rd June, 2022: We’re bringing this review back from the archives following Resident Evil: Director’s Cut’s inclusion in All PS Plus Games. The original text follows.

Originally published on Sunday, 25th November, 2018: Spencer Mansion, set deep in Raccoon Forest, looming loftily in the Arklay Mountains, is the true star of Resident Evil. The colossal and creepy house setting of the game was inherited from Capcom’s 1989 Famicom title Sweet Home, but it was Resident Evil on PS1 that popularised the survival horror genre. This 1996 third-person action adventure game created a survival blueprint, which became an archetypical structure for horror gaming’s future architectural plans.

Yet, the more that you play Resident Evil, the deeper that you understand that it’s a game about empowerment, as much as survival. The terrifying part is that when you begin the single player only adventure, all of the power is clutched in the claws of the mansion’s monstrosities, and not in the trembling trigger fingers of Chris Redfield or Jill Valentine. The heroes of the Special Tactics and Rescue Service (S.T.A.R.S) are essentially trapped, they’re confused, poorly equipped, and stumble blindly through this demonically dark dwelling.

Capcom’s Production Studio 4 assembled every brick in Resident Evil to create a sinister undead world of unrelenting tension. Issue 7 of the sadly short-lived MAXIMUM magazine described it best in May/June 1996 with a five star full-mark review, stating that it had “the greatest atmosphere of any other game in existence”. As a player, you inhabit and learn the layout of the house and its surrounding grounds, as if it was a building that you had actually visited.

Part of grasping the balance of power back from the hellish beasts comes from exploring every nook and cranny. It feels old-school to the point that you may even decide to have a pen and note paper beside you as you scrutinise each room, to map out important item locations, and return to areas of interest. Ask a gamer who completed this PS1 classic, and it’s likely that they could give you directions from the mansion to the gardens. They will remember the route from the guardhouse to the kitchen and library, plus they could guide you to the courtyard, through to the laboratory.

This is an achievement in visual design that extends beyond the ageing process of 32-bit graphics, or the confines of fixed camera angles, which frame oppressive pre-rendered backdrops. In any case, every camera position is deliberately placed to startle, or create distress, even when they obscure the view of two fierce Hunters in a narrow hallway. This creative construction work is evident through a more modern redesign, in the form of the GameCube’s Resident Evil remake, which can shed a clearer light on the marvellously meticulous composition of the layout of Spencer Mansion.

Everything combines to build the tension, but special credit must be given to the unease created by the sound effects and musical score. The cawing of crows and the Cerberus howls, as well as the shuffling and groans of zombies, are an audio warning preparing the player for an attacker, moments before you glimpse it. The footsteps of Jill and Chris echo around the halls, with each tread altering from wooden or tiled floors, to softer carpet strides.

If the Pixies are associated with the quiet-loud sound dynamic in alternative rock, then the talent of Masami Ueda, Makoto Tomozawa, and Akari Kaida incorporated a similar technique in Resident Evil. Their compositions and arrangements reinforce the contrast of emotions experienced throughout the adventure, from the nail-biting screeching and scraping sounds in the basement, to the reassuring calm when you reach the sanctuary of a save room. The intensely creepy guardhouse music is a stark reminder that soothing moments, such as Jill playing Moonlight Sonata on a grand piano, are intervals to be cherished.

Perhaps it’s the perception of perplexing puzzles, characters with wooden Thunderbirds puppet cut-scene movement, or stodgy controls, but it’s Resident Evil 4 that’s remembered as the true innovator, not the original game. It’s right to revere and celebrate the gameplay triumphs of the 2005 title, yet this shouldn’t be to the detriment of the first game. Returning to a glowing 9/10 review in the June 1996 edition of EDGE magazine reminds us of a climate where Resident Evil managed to impress, even after a build-up of fervid anticipation and expectation. Shinji Mikami, in regard to his role as director on Resident Evil, has credited the sales success of the original title as helping Capcom to survive a time of financial turbulence.

The game coerces you to acclimatise to its controls, although you’ll possibly curse the tank-like mobility and clunky feel at first. The Director’s Cut release on the European PlayStation Network from late in 1997 is notable, because it’s not the DualShock version of the game. However, it’s beneficial to retain the original soundtrack in this version, despite the loss of vibration and analogue controls. The d-pad movement is based upon the direction that Jill or Chris is facing. Pressing up on the d-pad always means forward and this doesn’t alter in relation to your position on the screen. Therefore, you push up as a forwards command, even if your character is travelling down the screen, or sideways across it. Subsequently, a down press on the d-pad retreats your hero, as a slow walk backwards. Perhaps Capcom confused escaping zombies using a moonwalk with the Thriller video.

Having to press the X action button to climb up and down steps doesn’t feel natural, and the series’ bugbear of becoming fixed to the spot while shooting, rather than running-and-gunning, was implemented to forge tension here. Regardless of initial complaints, the adjustment period is short, and the controls gel quickly. This is exemplified by the technique of constantly holding the run button to dodge and avoid enemies, which is vital for conserving ammo. A skilled player will only target creatures that obstruct their progress, and will weave past viscously fast monsters like the Chimera for a speed run. The Director’s Cut version also includes an improved lock-on system for whenever you draw your weapon using R1. Learning enemy attack movements to aim low-down at the huge slithering Yawn snake or upwards at zombie skulls doesn’t involve the swiftest response times.

However, you won’t blame the game’s controls for dying in the same way as in MediEvil. The puzzles in Capcom’s game can be just as cryptic as in Sir Dan’s adventure, though, and Resident Evil is heavily focussed upon practical thinking. The ordering of paintings based upon the developmental growth stages of life, and using a crank to rotate stone walls requires common sense, but some tasks are unnecessarily baffling. The main objective is often to open a locked door, but later sections involving Umbrella’s computer passwords are frustrating. Even if you find a new item, like a book, be sure to examine it, as checking its pages may be just as important.

As you memorise the location of each safe room, including storage chests, and collect ink ribbons to save on typewriters, the balance of power begins to shift. Your collection of herbs, weapons, and ammunition, including puzzle items, builds in the 48 trunk spaces, and your confidence increases as your position strengthens. Weapons are drip-fed throughout the adventure, so there is a significant increase from the puny knife and Beretta, to the stout shotgun and powerful Colt Python. Planning ahead, forward thinking, and loot management is still crucial, as at best Jill only has eight slots of carry items, and you can’t ditch unnecessary junk without a chest. Mixing combinations of green, red, and blue herbs creates more potent health rejuvenation, cures, and poison antidotes, which are essential for preparing against difficulty spikes.

Even more testing are the long and intrusive load times, which pop-up whenever you open a door, enter an elevator, and climb steps or a ladder. Mikami has recognised that there is a context for humour within a game’s spooky theme, and there’ve been titles like Zombies Ate My Neighbors that capitalise on this. However, the cheesy amateur voice acting and corny full motion video footage in Resident Evil tarnishes its sombre mood, and it’s a shame that the PSone version is often associated with gobbledegook quotes.

Game length is largely dependent upon each player’s aptitude towards illogical puzzle solving, but an approximate time of eight to ten hours towards first completion is realistic. The replay value is considerable, with numerous variables to consider for repeated play attempts. The Director’s Cut includes the standard original game, an easier training mode with twice as many ink ribbons and double ammunition, plus a harder advanced mode with arranged item locations. Secrets, such as speed running under three hours to earn unlimited fire for a rocket launcher, exploit the player’s quest to reverse their disparity in power.

Playing as Jill is an easier route, despite being weaker than Chris, as she has two extra item slots, and a lockpick for doors. Jill also finds a more effective character specific bazooka, as opposed to Chris’ flame-thrower. Her journey involves the assistance of Barry Burton, while Chris is supported by Rebecca Chambers. Also, information files dotted throughout the environments add interesting plot exposition, covering a story period from May to July 1998. Like the Voxophones in BioShock Infinite and artifacts in The Last of Us they provide a context to the horror, from a Keeper’s Diary chronicling supervising a monster, to a researcher’s letters and excerpts from the Raccoon Times newspaper. Adaptable story events, like reaching Bravo Team’s Richard Aiken with a serum, can result in a variety of different game endings.

Shinji Mikami found the Western title of Resident Evil to be misleading, and noted that the dread surrounding the game’s theme of Bio-Organic Weapons (B.O.W.) is more accurately captured in the Japanese name of Biohazard. The concept of humanity as the greatest villain, and the constant recognition of mistrust towards your team mates relates well to the portrayal of mankind’s response to a Zombie apocalypse in George A. Romero’s films, or modern interpretations, like The Walking Dead. Yet, Spencer Mansion is still monstrously magnificent, with its influence extending as a link to the Spencer’s European family estate in Resident Evil 5: Gold Edition.

What score would you give Resident Evil: Director’s Cut (PS1)? (59 ratings)

4 Easy Ways to Search in Google Sheets (With Examples)

4 Easy Ways to Search in Google Sheets (With Examples)

Bend Your Prints To Eliminate Supports

Daily Space: A revolution in telescopes is bringing deep space to those without deep pockets