Rodriguez vs. Rungvisai: Boxing’s Youngest Champ Up For Challenge 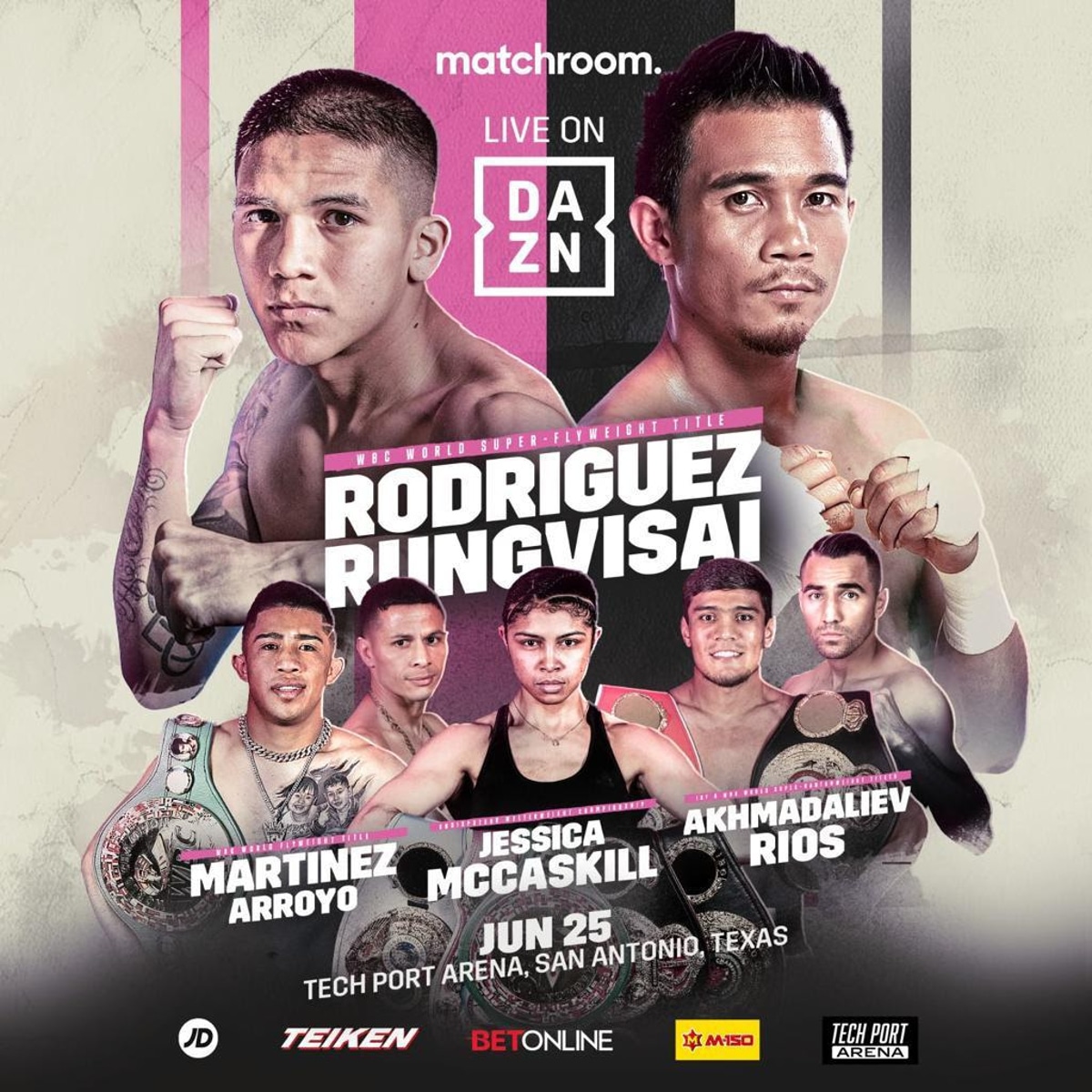 Fresh off a dominant performance over Carlos Cuadras, Bam Rodriguez takes on another top-tier challenge this Saturday night on DAZN. Jessie Rodriguez Franco faces Srisaket Sor Rungvisai showing the will and confidence of the youngest world champion in the sport of boxing.

Although the undercard did suffer the co-feature getting nixed, it should still entertain. Back in February, Bam Rodriguez stormed onto the world scene with a convincing win over a well-established boxer Cuadras who took on the likes of Roman Gonzalez, and Juan Francisco Estrada, among others.

For that fight against Cuadras, Bam moved up in weight, and after winning so clearly, he ultimately decided to stay at 115 and make the vacant world title he captured very legitimate. The man he’ll be facing is legit now, doubt, and brings a completely different set of skills to the ring compared to Cuadras. Srisaket Sor Rungvisai, not all the different from Bam, busted on the scene as a one-loss (to Cuadras) contender and shocked the world by defeating Roman Gonazalez via controversial decision. Rungvisai silenced the critics by violently knocking out the future-first-ballot hall of Famer in the rematch.

Rungvisai, once again not all that different from Bam at the current moment next, defeated Juan Francisco Estrada by Majority-Decision. He would fall short in the rematch but fought admirably in by competitive loss. Srisaket did find a way to fight twice in 2020, which, as we know, was difficult for most top-level guys, but he hasn’t entered the ring since last March, and his last two fights were pushovers.

One could equate that to some level of ring rust playing a factor. One could also think a rest, especially with Rungvisai’s fighting style, could do wonders. Regardless one can assume that fighting the likes of Estrada will have prepared him for Bam, stylistically speaking, of course, not a perfect match but both skilled technicians.

The footwork, punch accuracy, and overall suaveness displayed by Bam versus Cuadras really impressed everyone watching the fight. The way he pivoted after landing quick, precise shots was a thing of beauty in general, let alone coming against a crafty guy in his own right.

Those skills and more will be needed to overcome what Rungvisai brings to the table. Bam landed 38% of his total punches while holding his opponent to 18%. The only thing that stands out to an extent anyway is Cuadras landing 91 to 58 when it comes to body shots, a perfect segway to the challenges Bam is facing this Saturday night.

As a come-forward fighter Rungvisai fits the bill and will bring so much more effective pressure than Cuadras, who is most comfortable being the boxer, not the hunter per se. The mentioning of body shots and aggressiveness is the exact thing that Rungvisai will need to crack Bam’s code, so to speak.

As we know, a body shot is what dropped Roman Gonzalez and turned out to be the beginning of the end in the 4th round of their rematch. Rungvisai attacks the body with both hands and loves to throw hooks favoring the left hand slightly. He can throw straight lefts and those hooks with real power. Obviously, the biggest weakness is the lack of defense along with the previously mentioned long layoff.

Bam has never faced a fighter close to the relentless pressure style, even if Rungvisai gets wide and wild with his punches. That’s where elite footwork and upper body/head movement fall in favor of Rodriguez.

Bam will look to score while stick and moving in the early frames to ensure a lead in the opening rounds. This fight will really show just how talented, tough, and versatile Bam is as a fighter. There will be rough patches no doubt, throughout the rounds, but this boxing podcaster believes Bam Rodriguez will use his ring IQ and determination to get his hands raised at the end of 12.

That’s my prediction; however, to my fellow degenerates, Rungvisai sitting as a +325 and above underdog makes him a very live dog and is worth taking a flyer out on him. Unfortunately, Jesus Cesar Martinez has once again pulled out of his rematch bout with McWilliams Arroyo. I truly believed that would’ve produced the fight of the weekend.

Side Note: MJ Akhmadaliev vs. Ronny Rios should be a fun one to watch, along with Jessica McCaskill defending her undisputed stature, and Raymond Ford vs. Richard Medina is also an interesting part of the DAZN undercards.

Written by Chris Carlson Host/Producer of The Rope A Dope Radio Podcast Available at www.blogtalkradio.com/ropeadoperadio. Follow on Twitter @RopeADopeRadio

There’s now a Tun M NFT Club, but not all M’sians are here for the metaverse

How to Create a Desktop Shortcut to a Website: 3 Methods