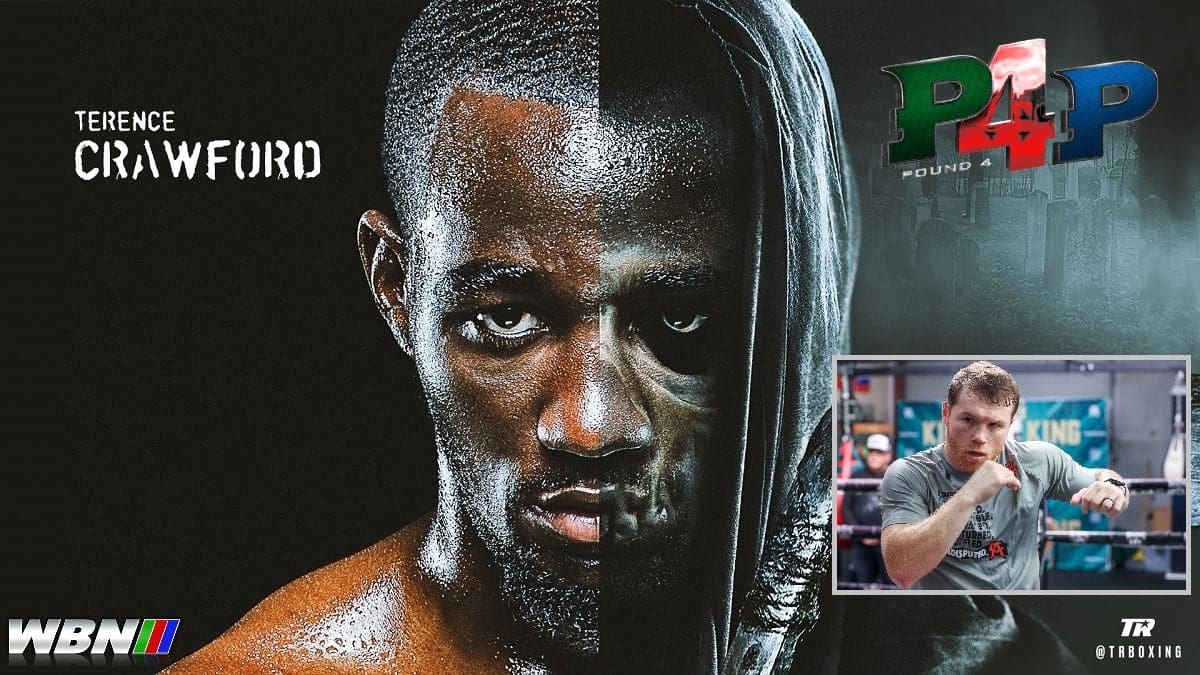 Welterweight champion Terence Crawford aired his Pound for Pound list and had no place for ex-number one Canelo Alvarez.

Crawford left the Mexican superstar on the sidelines when DAZN asked the former undisputed super-lightweight king to name his top five.

Of course, “Bud” put himself as the best fighter on the planet. In second place was the “Monster” Naoya Inoue.

Crawford is only agreeable in two places compared to the World Boxing News Pound for Pound list.

Crawford likes Inoue at two and Spence at four. However, Usyk is undoubtedly the leader until Spence and Crawford agree to face each other.

At three is Canelo, who cannot drop many places on the back of a loss against a superb technician in Dmitry Bivol. Not to mention that Bivol is also filled out at 175 and potentially a cruiserweight of the future.

At five, Tyson Fury is in the equation as the dominant heavyweight of his time. The Pound for Pound list no longer abides by the weight class rule regarding the top division.

Times have moved on, and it’s only correct that heavyweights are allowed to be recognized.

Crawford is at six on the World Boxing News list despite blowing his own trumpet. For reasons that WBN divulged many times.

Recently, a WBN explanation read: “A lack of fellow Pound for Pounds names to show for his lengthy tenure in the sport means ‘Bud’ remains out of the P4P top five.

“Beating below-par Brits Ricky Burns, Kell Brook, and Amir Khan adding to his only previous win against a P4P star in Yuriorkis Gamboa last time out against Shawn Porter, is quite a stretch putting Crawford at number one.

“His previous promoters at Top Rank fluctuated between Crawford and Vasyl Lomachenko when representing both. But the truth is the former has never made it there yet.

“For now, Crawford must be content to be hovering around the top fighters until he shares the ring with Spence.

“The jury remains in the verdict room on the former undisputed super lightweight champ now campaigning at 147.”

The views expressed in this article are the opinions of Phil Jay.

Players LEAKED ahead of BIG game