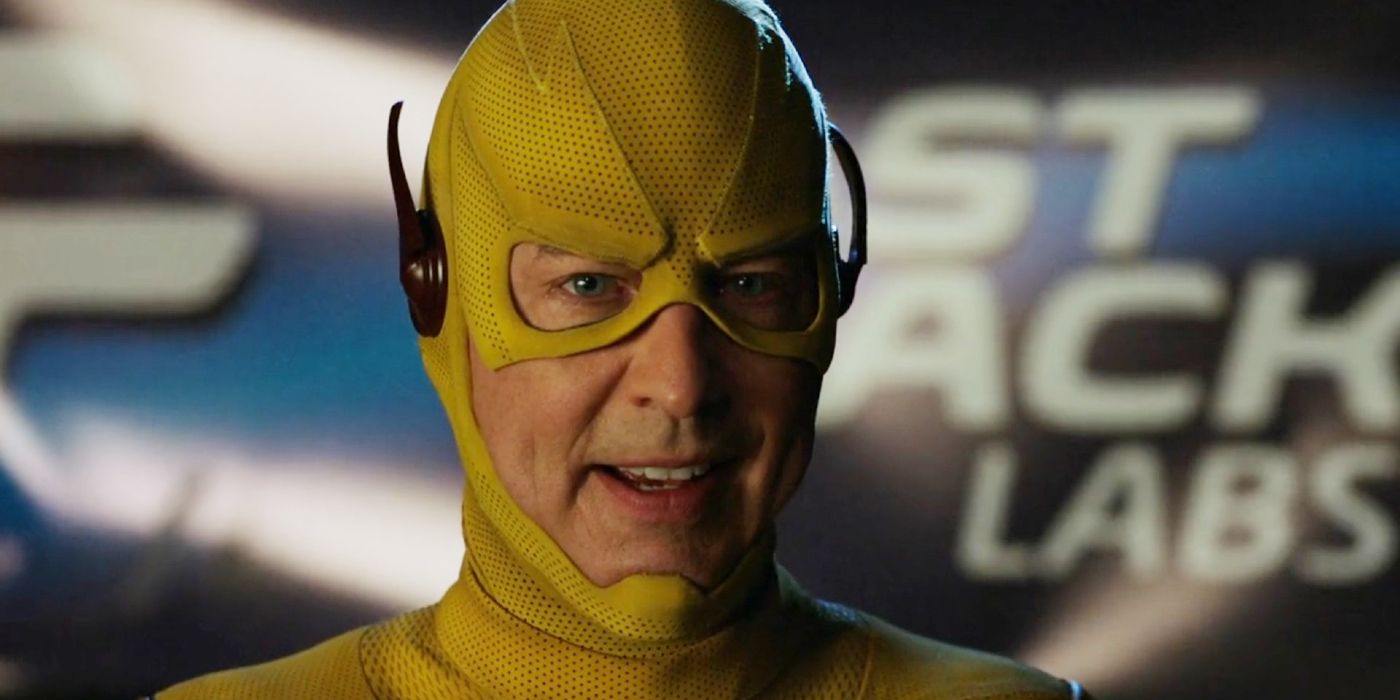 Tom Cavanagh, who plays Eobard Thawne, a.k.a. the Reverse-Flash on The Flash, talks about the biggest twist for the speedster villain in season 8.

WARNING: This article includes SPOILERS from The Flash season 8, episode 19.

Tom Cavanagh, who portrays Eobard Thawne, a.k.a. the Reverse-Flash on The Flash, talks about the biggest twist for the speedster villain in season 8. Since The Flash’s inception, the Reverse-Flash has been the ultimate antagonist in Barry Allen’s journey. While Batman has the Joker and Superman has Lex Luthor, the Scarlet Speedster has Eobard, as their rivalry is an endless story that has continued throughout the Arrowverse. No matter how many times they stop him, it’s only a matter of time before Reverse-Flash eventually makes his way back into Barry’s life, and The Flash season 8 was no exception.

After The Flash: Armageddon, Eobard was left powerless and held prisoner at ARGUS until season 8, episode 19, which changed it all. Titled “Negative, Part One,” Eobard was murdered by Deon, now acting as the Negative Still Force. But that was all part of a larger plan, as Eobard gets resurrected in perhaps one of the most bizarre Arrowverse sequences of all time. As Iris West-Allen is accidentally killed, her death is somehow used to get Cavanagh’s character to take over Matt Letscher’s version of Eobard Thawne, with the former literally ripping off the latter’s face. Not only was the Reverse-Flash alive once again, but Eobard had regained his speed.

RELATED: Who Is Meena Dhawan? The Flash’s New Speedster Explained

With part 2 of The Flash season 8 finale set to air next week, only time will tell what new troubles Reverse-Flash will bring to Team Flash. In a new interview with Entertainment Weekly, Cavanagh discussed the latest twist behind Reverse-Flash and what this will do for Eobard in the future. Cavanagh, who has been with The Flash since season 1, discussed how this plot twist compares to previous ones involving other characters he has portrayed, sharing the following:

“Going into any character in the multiverse — and I’ve played a lot of them — I take any kind of death scene as like, ‘This happens along the character’s journey and timeline.’ There’s no finality to it. Which is lovely. You don’t want to abuse the fact that we operate a show that has, as devices, the multiverse and timelines. You want these moments to be visceral and good and true, and not just like, ‘It’s cool because we can also do this.’ The Flash does a solid job of that. Here’s a perfect example: In season 1, I play Eobard Thawne, and I stick my hand right through Cisco Ramon’s chest — the beloved Cisco Ramon, in many ways the heart and soul of The Flash, one of the OG members, and he’s dead. Obviously Carlos Valdes came back to win hearts season after season after season, but that moment feels true and real. That’s a perfect timeline moment. When I read something like Thawne’s death — or Harry’s death or Nash’s death — I’m like, ‘That’ll be fun to play along that character’s journey.’ Again, we don’t want to abuse it, but this is a tough show to say final means final.”

With Reverse-Flash back at full speed, it’ll be interesting to see how The Flash season 8 finale tackles the latest showdown between him and Barry. Initially, the season finale was set to serve as a potential series finale for The Flash, prior to the season 9 renewal. Since The Flash will officially be back for season 9, it remains to be seen how they deal with Reverse-Flash, because Eobard’s story will likely continue next season.

Andy is a senior writer at Screen Rant as he has covered the world of entertainment journalism since 2010, including superhero/comic book media. In addition to his work as a reporter, Andy co-hosts The Flash Podcast while running and producing the entire DC TV Podcasts network. He is also the founder/editor-in-chief of The Marvel Report since Fall 2015. Andy has previously written for sites such as FanSided, KSiteTV, TV Fanatic, It’s Just Movies, Heroic Hollywood, TV Overmind, and more.