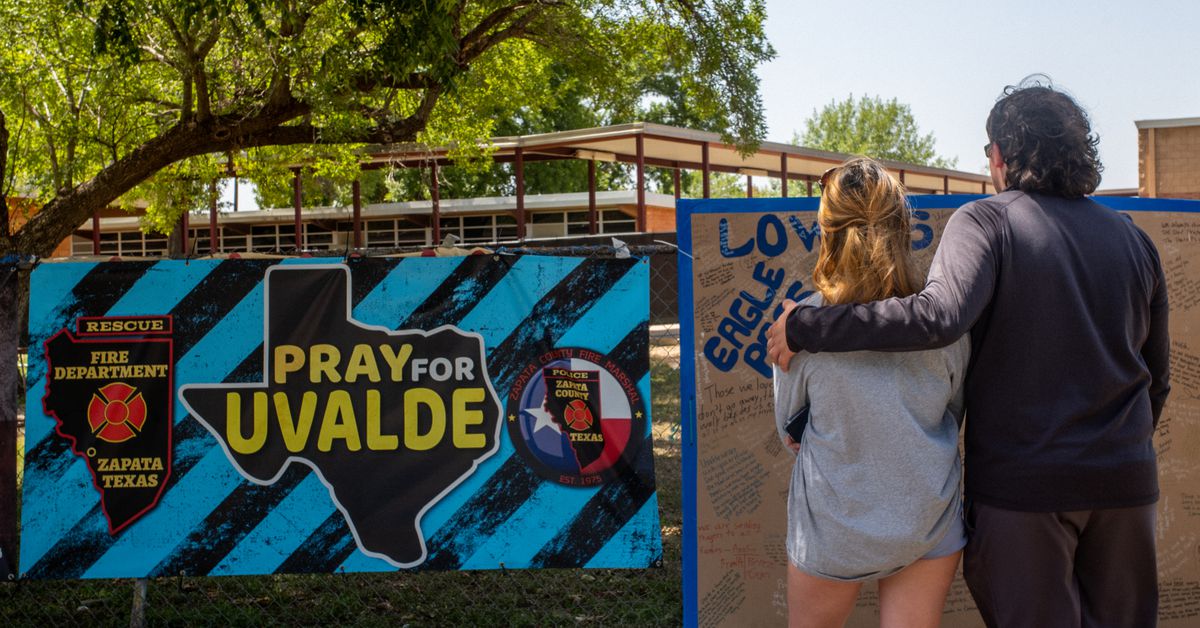 The Supreme Court’s 6-3 decision in New York State Rifle & Pistol Association v. Bruen is a devastating decision for anyone who cares about reducing gun violence.

It massively expands the scope of the Second Amendment, abandons more than a decade of case law governing which gun laws are permitted by the Constitution, and replaces this case law with a new legal framework that, as Justice Stephen Breyer writes in dissent, “imposes a task on the lower courts that judges cannot easily accomplish.”

The immediate impact of Bruen is that handguns — which are responsible for the overwhelming majority of gun murders in the United States — are likely to proliferate on many American streets. That’s because Bruen strikes the types of laws that limit who can legally carry handguns in public, holding that “the Second and Fourteenth Amendments protect an individual’s right to carry a handgun for self-defense outside the home.”

The case involves a 109-year-old New York state law which requires anyone who wishes to carry a handgun in public, whether openly or concealed, to demonstrate “proper cause” before they can obtain a license to do so. An applicant must show “a special need for self-protection distinguishable from that of the general community or of persons engaged in the same profession.”

Similar laws exist in five other states — California, Hawaii, Maryland, Massachusetts, and New Jersey — plus the District of Columbia. Together, these jurisdictions make up about a quarter of the US population, and a much higher percentage of the country’s urban population. In effect, that has meant very few residents of those states have been able to legally carry a handgun in public.

Writing solely for the Court’s Republican appointees, Justice Clarence Thomas strikes down New York’s century-old law. He also establishes a whole new (confusing) framework for evaluating gun control laws. Bruen establishes a “text, history, and tradition test” that purports to be rooted in, well, the text of the Constitution, and the history of English and early American gun laws.

In reality, however, Thomas’s new test takes extraordinary liberties with the text of the Second Amendment, which explicitly states that the purpose of the right to bear arms is to protect service in a militia.

And when it comes to “history,” “the Court’s near-exclusive reliance on history is not only unnecessary, it is deeply impractical,” as Breyer chastises Thomas in dissent. That’s because judges are ill-equipped to conduct the kind of multi-century historical survey that Thomas’s new framework demands.

Thomas declares that “when the Second Amendment’s plain text covers an individual’s conduct, the Constitution presumptively protects that conduct.” To sustain a gun regulation, moreover, “the government must demonstrate that the regulation is consistent with this Nation’s historical tradition of firearm regulation.” It’s worth examining each of these rules in turn.

The Second Amendment states that “a well regulated Militia, being necessary to the security of a free State, the right of the people to keep and bear Arms, shall not be infringed.” Thus, it is the rare constitutional provision that not only declares the existence of a right, but also states the reason why this right exists. The purpose of the Second Amendment is to protect “a well regulated Militia.” That’s what the plain text of the Constitution provides.

But Thomas’s opinion in Bruen, much like the Court’s earlier decision in District of Columbia v. Heller (2008), thumbs its nose at the text of the Constitution.

Heller itself was a landmark case for gun rights. Decided 217 years after the Second Amendment became part of the Constitution, it was the first Supreme Court case in American history to hold that the Second Amendment protects an individual right to possess a firearm. Before Heller, the Court understood this amendment to protect a much more limited right tied to militia service.

As the Court explained in United States v. Miller (1939), the “obvious purpose” of the Second Amendment was to “render possible the effectiveness” of militias, and the amendment must be “interpreted and applied with that end in view.”

But Heller upended that. And quoting from Heller, Thomas writes that “individual self-defense is ‘the central component’ of the Second Amendment right.” And therefore gun regulations should be judged according to whether they undermine this atextual purpose invented by Republican appointees to the Supreme Court.

In any event, there are fairly obvious reasons why it is hard to draw reliable analogies between modern-day regulations and laws from earlier centuries. Federal law, for example, prohibits civilian ownership of machine guns. But the machine gun was invented in 1884. So a judge searching for early American laws regulating automatic weapons will come up empty, because machine guns did not exist during either the Founding Era or the Reconstruction Era. Does this mean that a ban on machine guns is unconstitutional?

Thomas also writes that “when a challenged regulation addresses a general societal problem that has persisted since the 18th century, the lack of a distinctly similar historical regulation addressing that problem is relevant evidence that the challenged regulation is inconsistent with the Second Amendment.” In other words, modern gun laws that address problems that existed in the 1700s are likely to fall, unless similar laws existed in the 18th century.

For this reason, Thomas concludes that a handgun ban like the one struck down in Heller is unconstitutional because the framers did not ban handguns in order to combat the problem of “firearm violence in densely populated communities.”

But this reasoning is anachronistic. According to the 1790 census, New York City had only 33,131 residents around the time when the Second Amendment was ratified. The second-largest city, Philadelphia, had fewer than 29,000 residents.

Both Thomas’s majority opinion and Breyer’s dissent spend a simply nauseating number of pages combing through nearly a millennia worth of gun laws. Both opinions, for example, discuss a 1328 law providing that Englishmen may not “ride armed by night nor by day, in Fairs, Markets.” Thomas declares a 1689 English law permitting “Protestants” to “have Arms for their Defence suitable to their Conditions, and as allowed by Law” to be a “watershed” law that formed the basis for a modern individual right to own firearms. Breyer quotes from a 1786 Virginia law prohibiting individuals from going “armed by night nor by day, in fairs or markets, or in other places, in terror of the Country.”

But this litany of long-forgotten laws does little to clarify the question of what the framing generation (or perhaps people during Reconstruction) thought about the right to carry a firearm without a permit on city streets. The bottom line is that the six Republican appointees surveyed many centuries worth of gun laws and concluded that they support the Republican Party’s preferred stance on firearms; while the three Democratic appointees surveyed the same laws and concluded that they support the Democratic Party’s preferred stance on firearms.

In fairness, Thomas does offer a workaround for the problem that many modern weapons — from machine guns to intercontinental ballistic missiles — did not exist until very recently and therefore were not regulated by early American lawmakers.

The lesson of history, Thomas claims, is that the Second Amendment protects the right of civilians to carry weapons that “are ‘in common use at the time.’” So an amendment that may have protected the right to own a musket in 1790 now protects the right to own a handgun, because handguns are now commonly used by civilians. Similarly, even Thomas would likely concede that the Second Amendment does not permit civilians to own tanks, nuclear warheads, or other weapons that are not commonly possessed by civilians in 2022.

Judges will no doubt have an easier time determining what kinds of guns are in common use in 2022 than they will determining what 18th-century gun laws have to say about the B-2 stealth bomber. But Thomas’s need to rely on such a workaround from his “text, history, and tradition” framework only emphasizes the uselessness of that framework.

So what happens to gun laws now?

One silver lining for proponents of gun regulation is that Thomas’s opinion embraces language that first appeared in Heller, which permits some gun laws such as prohibitions on “dangerous and unusual weapons.” Nevertheless, Thomas’s emphasis on historical analogies isn’t just likely to confuse lower court judges. It could endanger many laws that enjoy broad bipartisan support.

As Adam Winkler, a UCLA law professor and expert on the Second Amendment, notes on Twitter, much of the bipartisan gun bill that is currently making its way through Congress could be endangered by Thomas’s opinion. Among other things, early American laws rarely offered much, if any, protection to victims of domestic violence.

The Court’s Second Amendment ruling calls into question key parts of the Senate gun bill. Thomas says only gun regulations consistent with historical regulation of guns are permissible. Red flag laws, however, are a modern invention. So too bans on domestic abusers.

And it is worth emphasizing again that Thomas’s opinion places the burden of proving that a gun regulation “is consistent with this Nation’s historical tradition of firearm regulation” on the government. So state lawyers, who are untrained as historians, and who may know very little about how to research gun legislation from the 1700s, will now have to learn those skills on the fly. And if they fail to offer enough historical evidence to convince a judiciary dominated by conservative Republican appointees, their state’s law could be forfeit.

The bottom line is that “dangerous and unusual” weapons such as machine guns, fighter jets, and anti-aircraft missiles will probably remain beyond civilian reach. But vast swaths of American gun laws are now in terrible danger.

How to Connect AirPods to Nintendo Switch

How to Connect AirPods to Nintendo Switch

5 Halal Restaurants you Have to try in Fremont, CA – Film Daily

– HISTORIC CAR RACING WILL RETURN TO ZWARTKOPS ON 21 MAY

Anime Adaptation of Yuri Is My Job is in Development